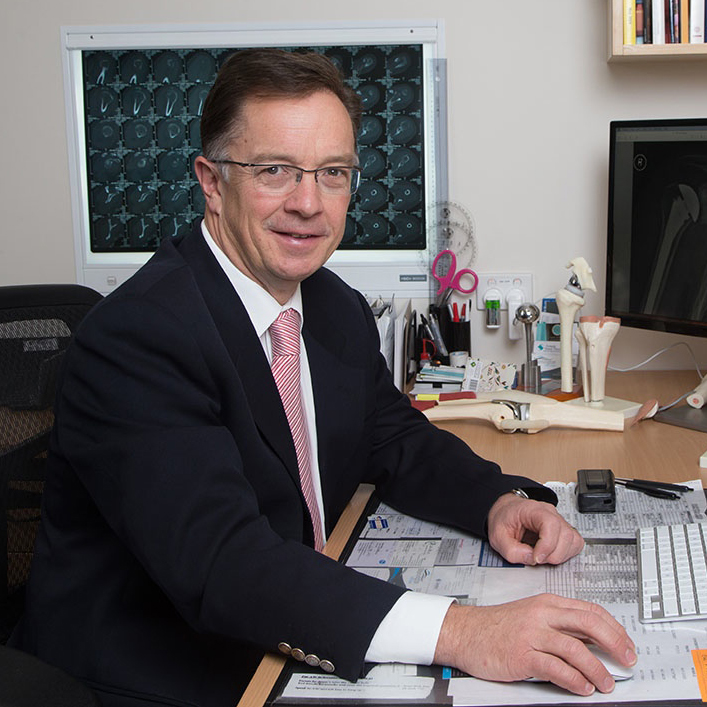 Specialising in Surgery of the Shoulder, Elbow and Knee

Andrew is an experienced Orthopaedic Surgeon specialising in surgery of the shoulder, elbow and knee.

Born in Melbourne, Andrew grew up on the Mornington Peninsula before attaining his medical degree at the University of Melbourne in 1988.

After being awarded Fellowship of the Royal Australasian College of Surgeons, Andrew was awarded a fellowship in Melbourne with Simon Bell in shoulder and elbow, knee, sports and joint replacement surgery. Then Andrew went on to gain further experience in fellowships in these areas in Virginia, USA; Wrightington, UK; Innsbruch, Austria and Zurich, Switzerland. In addition, he completed a fellowship in Ilizarov surgery in Lecco, Italy, and also had the opportunity to visit Schultess Clinic in Zurich, Kerlan Jobe Clinic, and Steven Snyder both in Los Angeles.

During this period and since, Andrew has completed extensive research work published and presented nationally and internationally.

After returning to Australia after 21 months overseas, Andrew has had a public appointment at Frankston Hospital. He represented Peninsula Health on the Victorian Tasmania Regional Training Committee for the Australian Orthopaedic Association for 7 years, 2 years as secretary, and 2 years as Chairman of this committee, which is responsible for the training of Orthopaedic Surgeons in these two States. As such, he represented Victoria and Tasmania on the Federal Training Committee.

6. “The Classification and Investigation of Physeal Injuries”
Weber, A.B. and Graham, H.K.
Presented to the Australian Orthopaedic Registrar’s Conference in Glenelg, SA, Aug. 1996.

7. “The Radiological Equivalent of the Sulcus Sign”
Weber, A.B. and Graham, H.K.
Andrew presented to the Australian Orthopaedic Registrar’s Conference in Melbourne, Aug. 1997.

20. Arthroscopic Cuff Repair – How I do it and why? Invited Lecturer – Instructional Course Lecture. Combined AOA/ NZOA Meeting Rotorua, October 2012.