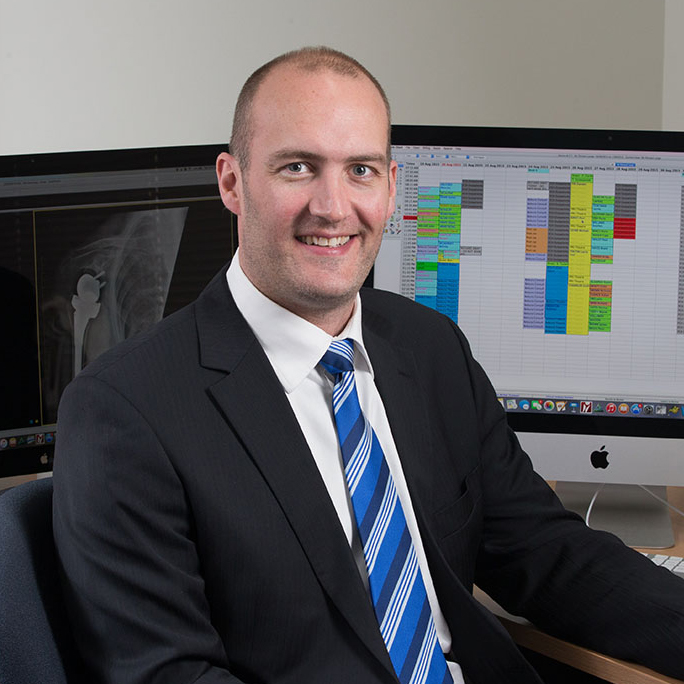 Specialist in Upper limb surgery including shoulder and elbow

Richard is an orthopaedic surgeon specialising in upper limb surgery.

After completing his surgical training with the Royal Australasian College of Surgeons in 2010, Richard spent two years abroad. He completed a twelve -month upper limb fellowship with the Royal Derby Hospital in the United Kingdom. He also spent twelve months travelling and completing observerships, primarily in Europe. During this time he spent time working with Professor Luc Favard in Tours, France and Prof. Christian Gerber in Zurich, Switzerland who both specialise in shoulder arthroplasty. Richard also attended the European Shoulder and Elbow conference (SECEC), the Lafosse arthoplasty course, the Lafosse arthrolaterjet course and British Elbow Shoulder Society conference.

Richard returned to the Mornington Peninsula and joined Mornington Orthopaedics in 2014. His work encompasses all forms of shoulder and elbow surgery with a particular interest in shoulder arthroscopy.

Richard is a peninsula boy. Having grown up in Mt Eliza, he attended school at Mentone Grammar School and undertook his medical training at Monash University. He now lives on the Peninsula with his wife and growing family. In his spare time, Richard enjoys spending time with his family especially when they are all sailing together.

In addition to his practice at Mornington Orthopaedics, Richard is a Consultant Orthopaedic Surgeon at Frankston Public Hospital. He is also highly involved in teaching for the Victorian Orthopaedic training program.

Regular involvement in professional development activities ensures that Richard is utilising the latest technical advances and surgical procedures that are backed by the current best-practice research. Richard aims to provide a service, not just surgery. You can be confident that if you do require surgery, you will have a compassionate, considered and cutting edge experience.